many apply, as the software calculates the liters of the pre-boil volume ?.
We have always tried to explain the formula to our interlocutors.
But since this question has become commonplace, we decided to write this article, where we explain how the pre-boil volume is calculated.
The logic behind the formula is very simple:
It starts from the volume of wort  I want to get.
Suppose we want to get the classic 23 liters of wort.

We know perfectly what happens during boiling, that is a part of water will evaporate, and we also know that a part of the wort will be imprisoned in any bags used for the hops, or it will be used to take samples of measurement.
A portion of wort is absorbed by the hops, and a portion of wort is left on the bottom of the pot in the trub.
In practice we have just listed the losses of liquid (water or wort) that will not end up in the fermenter.

Let’s take a numerical example for 1 final 23-liter wort, 1 hour of boiling with 100 g of hops 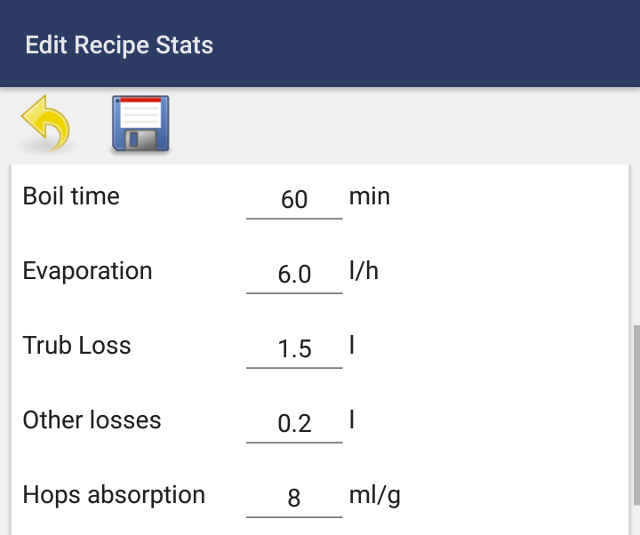 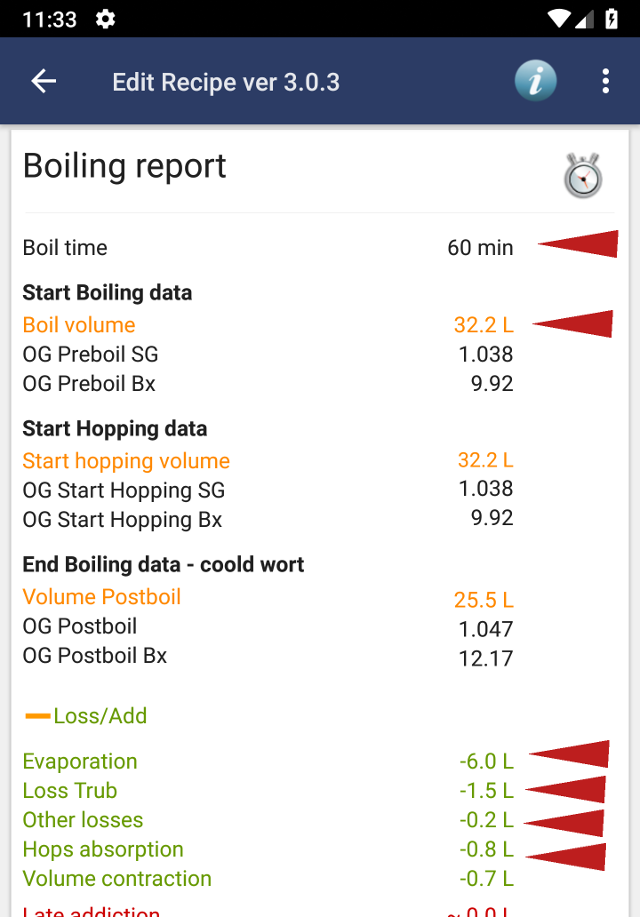 So at this point it is very simple to understand how the formula works to calculate the Boil Volume.
just add to the final volume that I want to get all that I will lose from the beginning of boiling until I put the wort in the fermenter:

but we are talking about hot volumes, which become 20 ° when they arrive in fermenter
Therefore the thermal contraction should be considered,

The moment in which we measure the preboil is at the end sparge, or the lifting of the  bag / basket for those who make BIAB or ALL IN ONE.

we round to the first decimal place and we get 32.2

Do not forget to rate our app

You can also Donate